Paroa Retreat was built for Fred and Kitty Mann by the award winning team at Lindesay Construction. The house was based on a design by Australian architect James Grosse. Fred and Kitty Mann bought the plans and then made a few changes to the design adding a third bedroom and re orienting the house to face the stunning Bay of Islands views. The house was originally called Te Whare Hoiho, or the horse house and renamed to Paroa Retreat by the current owners.

Local engineer, PK Engineering made sure the house was built robust enough to withstand the Bay of Islands weather conditions. The attention to detail during construction by Lindesay Construction ensures the relatively simple design is stunning to behold and maximises the impact of the design. Paroa Retreat is furnished in a minimalistic style with no excess to detract from the overall impression. The judges were impressed enough to award Paroa Retreat the Supreme House of The Year Award in 2008.

Fred and Kitty Mann were unable to return to New Zealand for health reasons and put this stunning property on the market. Jeff and Gail purchased the property and now holiday let it as Paroa Retreat. 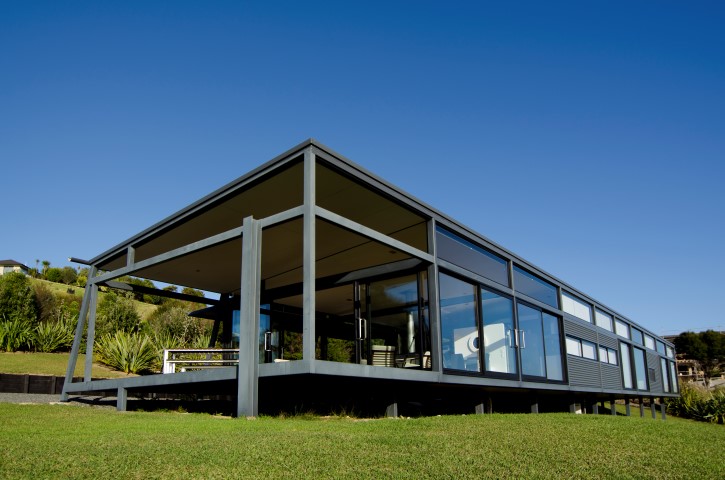